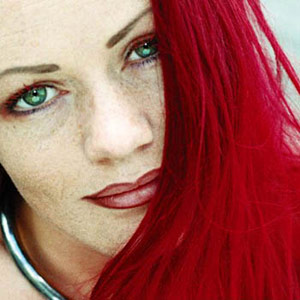 Unni Wilhelmsen's fourth album, but first on her own label St. Cecilia Music, released in 2003.

Unni Wilhelmsen is performing her own songs.

Don't Ask Me Why

LYRICS FOR THIS ALBUM

The first release on my own label, St. Cecilia Music. I started the label after my record deal with Universal was fulfilled. I chose not to sign a new contract with any company, and begun researching. What would it take to release this album myself in the same professional manner as the big guys on my previous releases? Reliable, qualified help was a must, regarding my well established career at this point.

As producer and musical playmate I chose Kjetil Saunes. I've been a fan of his solo albums and magnificent voice for years. Kjetil and Reidar Skår did the mix. The recordings were made in Kjetil's home, HøytogLavt Studio, in Bislett and Majorstua, Oslo, 02/03.

This album is a fling with harmonies and personal lyrics. All lyrics are of course included in booklet, as usual. ...that Unni is a skilled tennis player? And that tennis was a theme when she designed the hard case for her 6th album? Jump to Music section... ...that Unni didn't really want to play the guitar, and hid it in a closet for years? Read Unni's biography here...

...that Unni also paints and draws, designs and sews? And that you can buy her art after concerts and in her online shop? Visit her Artgallery!